A to Z of Kubernetes and Containerization

As more enterprises shift towards cloud-native, containers are proving their worth in providing developers with a flexible way to quickly get applications up and running in the cloud.

Kubernetes is an integral part of this journey, offering an industry leading container orchestration platform to automate the deployment, scaling and management of containers.

Indeed, our own research found that almost all enterprises use Kubernetes or containers in their operations; more and more organisations are turning to managed services for help with managing the control plane.

To help you make the most of Kubernetes and Containerisation, we’ve developed an A-Z guide, designed to fast-track you to Kubernetes success.

APIs, or Application Programming Interfaces, make things simpler for developers by exposing data and functionality through service interfaces, allowing other applications to interface directly with the code making components reusable and open.

A container is a ready-to-run software package, containing everything needed to run applications: the code and any runtime it requires, application and system libraries, default values for any essential settings.

In technology, an ecosystem refers to the web of individuals, businesses, and other entities, delivering a host of different IT products and services to market – some of which may be interconnected for enhanced value for the end-user, Containers have a thriving ecosystem of technology, with new solutions emerging all the time to help developers run and test applications.

Indeed, Gartner predicts that the global container management revenue will hit $944 million in 2024 – more than doubling levels in 2020.

Flux is an operator that enables continuous delivery of container images, using version control for each step to ensure deployment is reproducible, auditable and revertible.

Go is an open-source programming language that makes it easy to build simple, reliable, and efficient software. Google, who first invented Kubernetes, used Go to create the project. Most Kubernetes subcomponents and the wider ecosystem also use Go.

Go’s popularity stems from a wide array of factors. Many developers are attracted to the clean syntax of Go, particularly compared to some other programming languages. The fact it is compilable on nearly any machine makes it invaluable for today’s software engineer, many of whom work on scalable, cloud-based environments. And most of all, the code is resource-efficient, simple and fast, helping developers rapidly get code up and running for the organisation.

Helm is a package manager for Kubernetes that allows developers and operators to more easily package and deploy applications and services onto Kubernetes.

Jenkins is an open-source automation server that lets you flexibly orchestrate your build, test and deployment pipelines.

Kubernetes is a "container orchestration platform". This effectively means taking your containers and choosing which machine out of a group of them to run that container on.

The main K8s distribution is known for requiring a lot of resources for even basic deployments. K3s is a new, alternative distribution of Kubernetes that requires fewer resources and still delivers the same orchestration experience.

Linux is the best-known and most-used open-source operating system. As an operating system, Linux is software that sits underneath all of the other software on a computer, receiving requests from those programs and relaying these requests to the computer’s hardware.

Microservice architecture, or simply microservices, is a distinctive method of developing software systems that tries to focus on building single-function modules with well-defined interfaces and operations.

A Node is a worker machine in Kubernetes and may be either a virtual or a physical machine, depending on the cluster. Kubernetes runs your workload by placing containers into Pods to run on Nodes. Each node is managed by the control plane and contains the services necessary to run Pods (which will be explained later).

Typically, you have several nodes in a cluster; in a learning or resource-limited environment, you might have only one node. The components on a node include the kubelet, a container runtime, and the kube-proxy.

Container orchestration is the automation of much of the operational effort required to run containerized workloads and services. This includes a wide range of functionality software teams need to manage a container's lifecycle, including provisioning, deployment, scaling (up and down), networking, load balancing and more.

Pods are the smallest, most basic deployable objects in Kubernetes. A Pod represents a single instance of a running process in your cluster. Pods can contain one or more containers. When a Pod runs multiple containers, the containers are managed as a single entity and share the Pod's resources.

A queue is a data structure designed to operate in FIFO (First in First out) context. In queues, elements are inserted from the back and removed front end. The queue class is a container adapter. Queues can be created from different sequence containers.

Managing resources is an integral part of successful use of containers. In this field, developers are generally interested in two types of resources: CPU and memory. Kubernetes provides businesses with an intuitive way to manage and allocate resources required to run a container.

The Kubernetes scheduler allows developers to specify a resource request, setting out the amount of a resource type required to run the container.

This information is then used to determine which node the Pod of containers is placed on. Kubernetes also has the added functionality of resource limit for a container, which will ensure the containers cannot use more of that type of resource than the level you set. 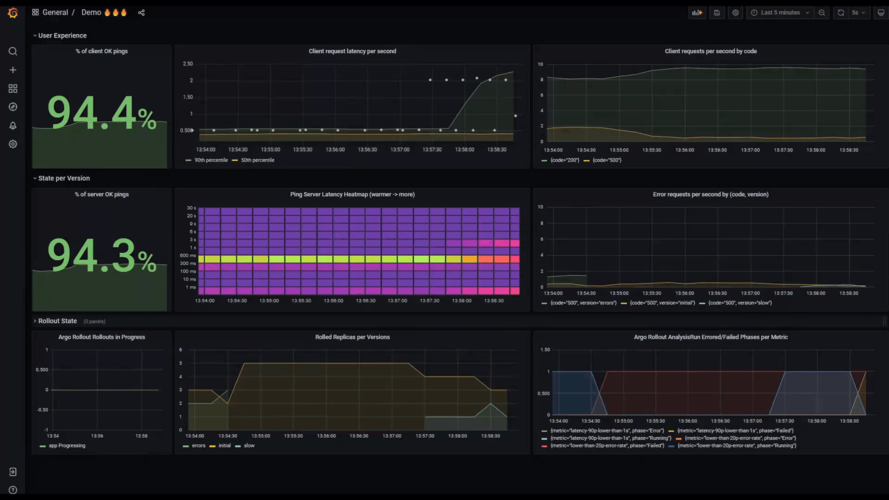 Scalability is the measure of a system's ability to increase or decrease in performance and cost in response to changes in application and system processing demands.

Containers had a big impact on the world of software testing. The introduction of containers meant that you were able to set up an isolated environment for testing each version of your application.

Offering an easier, cleaner way to test rather than trying to maintain consistent test environments for multiple branches on a virtual machine or bare metal server. It also allows automation of testing compared to manual testing which can take days.

You can modify node objects with certain labels which ensure it is treated in a certain way when scheduling. Marking a node as unschedulable prevents the scheduler from placing new pods onto that Node but does not affect existing Pods on the Node. This is useful as a preparatory step before a node reboot or other maintenance.

Virtualisation refers to the creation of a virtual instance of a computing environment. Containers use a form of operating system (OS) virtualization. Put simply, they leverage features of the host operating system to isolate processes and control the processes' access to CPUs, memory and desk space.

This means that containers can share access to an operating system (OS) kernel without the traditional need for virtual machines (VMs). They emulate the operating system, rather than the underlying hardware. The container engine, for example Docker, allows this virtualisation to take place.

To make life considerably easier, you don't need to manage each Pod directly. Instead, you can use workload resources that manage a set of pods on your behalf. These resources configure controllers that make sure the appropriate types of (as well as number) of pods are running to match the state you specified.

X.509 is the standard defining the format of public key infrastructure certificates. It underpins TLS/SSL encryption which underpins HTTPS for securing browsing the web.

In Kubernetes X.509 is the standard that underpins the certificates keeping communications between clusters encrypted and secure.

Kubernetes resources, such as pods, services, and deployments are created by using the YAML files. YAML, which stands for Yet Another Markup Language, is a human-readable text-based format for specifying configuration-type information. This makes it easy, for example, to understand the configuration or setup of a pod and change it accordingly.

Zero Trust is a strategic initiative that helps prevent successful data breaches by eliminating the concept of trust from an organisation's network architecture. Zero Trust is not about making a system trusted, but instead about eliminating trust and expecting the worst.

In Kubernetes, you can use various techniques to create Zero Trust services in an environment, from container image hardening to pod specification runtime constraints.

There is a vast array of terms to get your head around in the world of Kubernetes. Whether you are only beginning your journey in this field or you are a seasoned pro, we hope you found this helpful and it inspired you to learn more.

If you're ready to get started with your Kubernetes journey, or want to try an easier and faster way to use Kubernetes, you can sign-up to Civo today and get $250 free credit.