Get clusters launched in under 90 seconds with Civo

Get clusters launched in under 90 seconds with Civo

We spoke to Eddie Jaoude, Founder of EddieHub, to find out why he chose Civo after ten years of working with other cloud service providers.

As part of Civo's Developer advocate demo program, dev advocates can power their talks and demos for free and work with the Civo team to reach new audiences for their organization. We recently had the chance to speak with Eddie Jaoude, who is part of the program here at Civo, about their experience using Civo Kubernetes.

Eddie explained how his journey switching to Civo has been “an amazing breath of fresh air”, allowing him to “run the entire EddieHub community projects on Civo Kubernetes”.

Having switched to Civo after using other cloud providers for the past ten years, Eddie described the developer experience at Civo by saying, “it has been amazing, as they really focus on having a useful UI that gives you the information you need.” He goes on to say, “It has been so affordable and efficient to create using Civo. 90 seconds to get a cluster up is unbelievable… especially when you are live streaming, you can create them so fast”.

“What I like about the support we get from your team and the community is that they don't just support us on the technical side, they also support us on the content creation side. So, if I make a YouTube video or post a tweet, your marketing team engages with that content and it really does help.”

Eddie summarized his experience by saying, “I have geeked out with more of the Civo team in the last two months of using Civo than I have in the last ten years of using all the other platforms. It made me wish that I had moved sooner.” 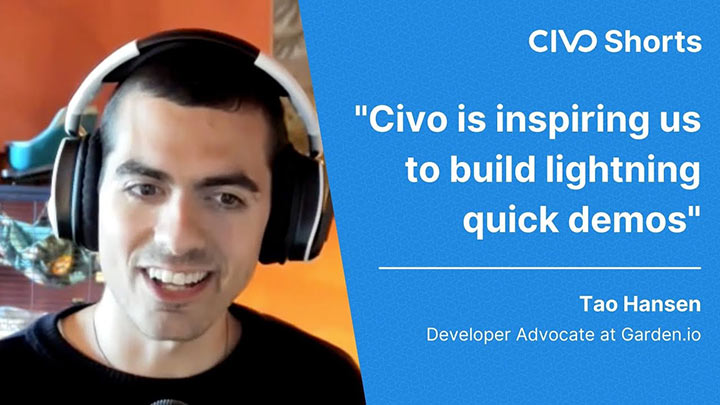 How Civo can help you with lightning fast demos 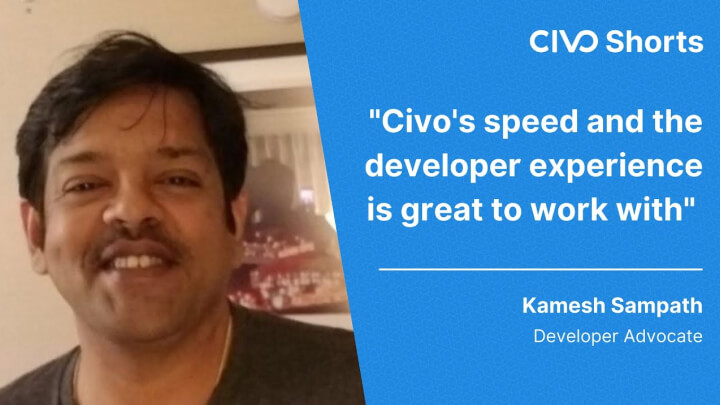 Run all your applications in one place with Civo's marketplace

Find out why Kamesh Sampath from our Developer Advocate demo program decided to use Civo and recommends it to any developer advocate globally.

Chintan Thakker, founder of Saaras, tells us how his team continues to use Civo Kubernetes for the simplicity, speed, and flexibility that is offered.