Chintan Thakker, founder of Saaras, tells us how his team continues to use Civo Kubernetes for the simplicity, speed, and flexibility that is offered.

Saaras has developed a one-step, ingress controller API gateway called EnRoute, built as a one-step connectivity for microservices. EnRoute is designed to make it simpler to expose services running in Kubernetes using one helm command.

After speaking with Chintan Thakker, the founder of Saaras, he explained how simplicity, speed, and flexibility are primary drivers for why they chose Civo.

“The simplicity and the speed at which you can deploy clusters is amazing,” described Chintan whilst speaking about why Saaras use Civo, “It really helps when you can set up things faster, especially for your demo environment.” He provided an example of this by saying, “It takes less than a minute to program the external load balancer. Other platforms take longer so it really helps.”

After seeing the 2021 Cloud Native Computing Foundation Survey, the team at Saaras noticed that Civo was competing with the likes of Amazon and Azure. Chintan described Civo as, “One of the providers which is making inroads into the cluster providers,” he goes on to say, “The simplicity, getting the pricing right, and working with automation, these all come together.” 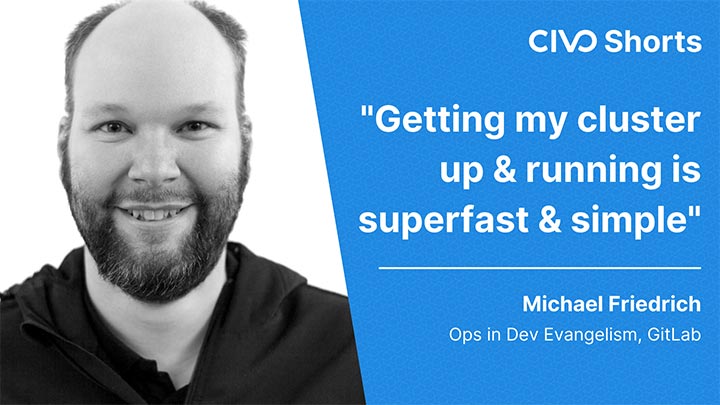 Get hooked on the speed of Civo

We spoke to Michael Friedrich, Senior Developer Evangelist at GitLab, who tells us he's hooked on using Civo due to its sheer speed. 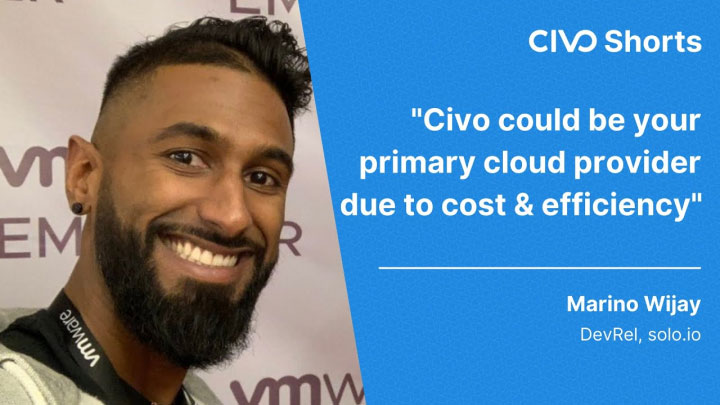 Why Civo is "the most cost-efficient choice"

Find out how Marino and the Solo.io team make the most out of Civo Kubernetes with its blazing fast speed for all their development and testing needs. 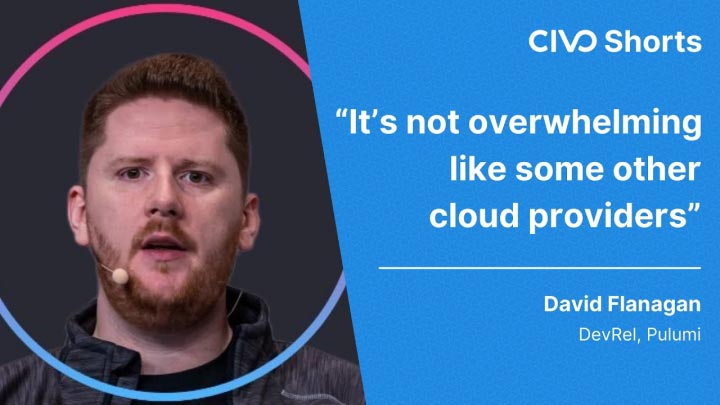 We speak to David Flanagan,developer advocate at Pulumi, to find out why he uses Civo for his testing environment.