Back Up Your Data Using Restic, Minio and Civo

In this guide we will explore how to backup our local files to remote storage hosted on Civo, a developer-focused cloud. The tool of choice for this is restic, and we will be using Minio to provide object storage.

An introduction the tools:

Civo offers $250 free credit to new users: Sign up here. This will be enough to run a Medium-sized 3 node cluster.

Here's a few words on restic from the project homepage:

restic is a program that does backups right. The design goals are: Easy, Fast, Verifiable, Secure, Efficient and Free

restic is free software and licensed under the BSD 2-Clause License and actively developed on GitHub.

Minio is a drop-in replacement for Amazon S3 (Simple Storage Service) for backing up files, as a storage back-end for tools such as a container registry, or even to host static websites.

Minio describes itself as:

We will use Civo to host Minio on an instance, which will provide a public IP address that our laptop or personal computer can connect to over the Internet to back up files using restic. Restic is a client tool which we will run locally.

Your Instance will be ready in around 45 seconds.

Log into your Instance using ssh and install the Minio Server.

We will using /mnt/data for Minio's datastore.

Now start the server component with the following:

You will see your access key and secret key printed on the console, these are required for restic later on, so take a note of them.

Install restic on your client

According to the Installation page for restic, some of the versions available in package management tools are out of date, or running a few revisions behind. For the latest and greatest, use the GitHub releases page.

Depending on whether you are using MacOS, Linux or Windows, pick the corresponding binary along with the suffix "amd64" which is the standard architecture of most CPUs.

Run this on your laptop or PC, replacing the full github URL with the release for your operating system:

If you are on MacOS and get an error about wget not being found, you can install it using Homebrew.

Check that the installation worked:

The place where your backups will be saved is called a "repository".

Our repository will be the remote minio server.

Fill out the following on your laptop or PC using the secret and access key from the step where you ran minio server on your Civo Instance:

Now run the command to prepare the repository:

You will be asked to enter a password. Make sure you take a note of it and use something that is considered a strong password.

Note: The bucket name we will use is called restic, but that can be changed and multiple buckets or repositories can be created for different clients.

A note on automated backups

When running an automated backup, you cannot type in passwords to an interactive prompt. For these instances there are three options available:

This is a sample backup command:

Let's get some sample files to play with by cloning the restic source code:

We can now backup the restic source code to our Civo server.

The total speed depends on your broadband connection and the latency between your Civo Instance and your current location.

If we run the backup again, this time we will see it complete almost instantly:

Restore from your backup

The opposite of backing-up data is recovering it or restoring it. You can recover the above backup by running the following on your local machine: ``` $ mkdir -p /tmp/restic-source

When running the du utility we can see that the total size is the same as what we pushed up:

Restic tracks changes in files, meaning you can restore a specific point in time from the restic tool.

Read more on the official restic site: Restoring from Backup

Now that you can backup your data at any time over the Internet, let's look at how to take things further and what else you need to consider.

There are a number of backup targets supported such as:

OpenStack, Azure Blob Storage, Google Cloud Storage and another of other options are also supported.

Backup your backup with snapshots

Your Civo Instance makes 50 GB of SSD-backed storage available, but what if you delete your Instance by accident? Your data would be lost.

Fortunately a feature of the Civo platform is the use of Snapshots. A Snapshot of an Instance is a fast and efficient way to restore your Instance back to a known state. It is an exact replica of the file system of the Instance at a given point in time.

Snapshots can be taken on a manual, or periodic basis using the "Snapshot" button onn the instances page. 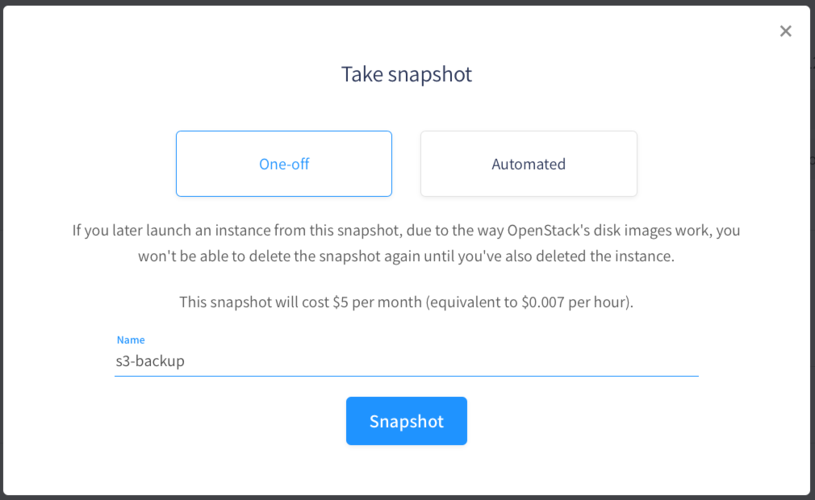 For peace of mind, you can select "Automated".

Here's the snapshot I just took:

Turn minio into a service with systemd

We started Minio's server as a simple binary, but if it crashes, it will not restart on its own. Similarly, if we had a power-cycle on the Instance, the server won't restart.

On the Civo Instance in your current directory, let's create a systemd unit file as minio.service with the following contents:

Minio will now start automatically when the Instance is powered on.

Turn on TLS for Minio

Whilst restic does use encryption to store data, we should also have encryption enabled at the link level. This can be achieved by turning TLS on for Minio.

See also: Minio How to secure access to MinIO server with TLS

Turn on Erasure Code for Minio

One of the features of Minio, when running in a distributed (clustered) mode, is Erasure Code.

According to the Minio documentation this feature can help mitigate against "bit rot", where one or more bits may get silently corrupted without an error or notification.

Try Amazon S3 and another region

As part of my testing for this guide, I tried backing up the restic code to an S3 bucket on the West Coast of America. This clear has a much longer trip to make and higher latency, but the syntax is almost identical:

In this case the uploads took a similar amount of time, and this is likely due to the upload speed of my broadband connection. The download from Civo's location in the UK is likely to be much quicker.

Civo prides itself on being a cloud platform for developers, run by developers who can provide technical support and expert help via our Slack channel. Find out more and sign up.

We now have around 50GB of SSD-backed storage that we can back up our local files to from anywhere in the world. We can restart our server at any time thanks to the systemd file, we can get regular snapshots from Civo and we have the option to enable link-level encryption through TLS. 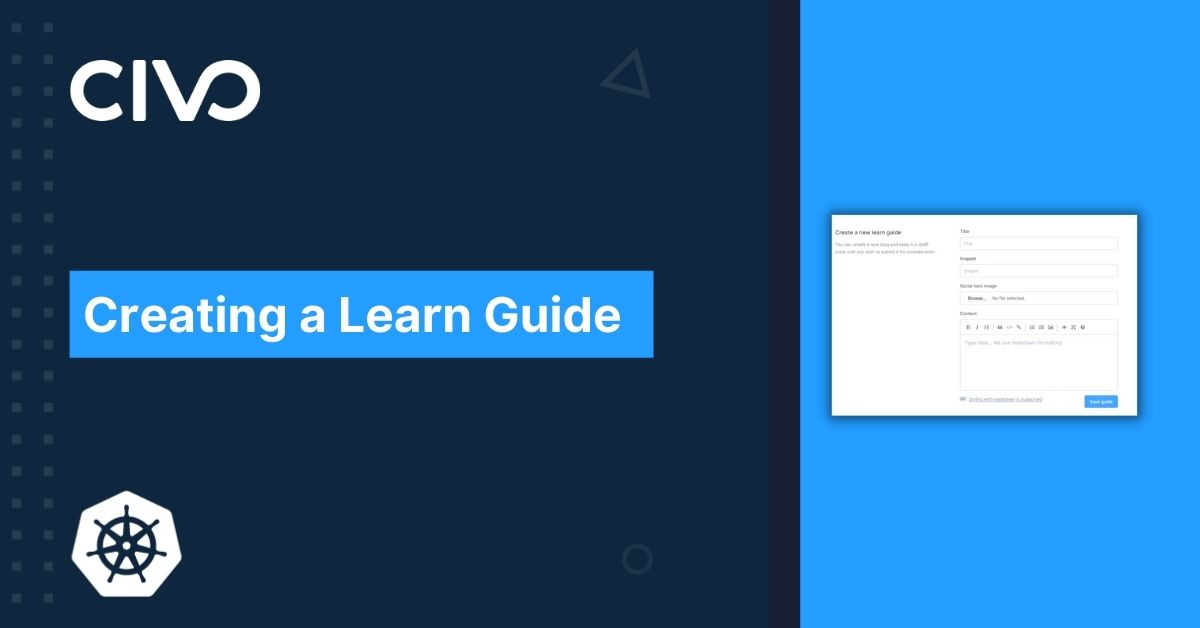 Learn guides are a great way to share helpful knowledge with our Civo community. If you have knowledge or experience that might benefit others, here's how to share it.