In April, we made Civo Academy publicly available for all. This was a pivotal step to put developers first so anyone with an interest can learn everything they need to know to create and maintain their Kubernetes environment.

We also released a new report called "The Cost of Cloud", a white paper looking into the complexity of cloud costs for businesses and alternatives beyond the hyperscalers.

Latest from the blog

Kubernetes vs Docker : A comprehensive comparison
Sayanta Banerjee explains in this post the advantages of Kubernetes and Docker, their differences in comparison to each other as well as how they can perform better when used together.
By Sayanta Banerjee

Getting Started with JAMStack on Civo - The Stack site
Steve Miller returns for part 2 of the JAMStack series where he moves onto the environment setup, the initial site development and hosting on Civo with plenty to learn along the way.
By Steve Miller

Civo permanently adopts a four-day working week - ITeuropa
“The experience of the last two years has changed how businesses think about the needs of employees forever,” said Mark Boost, CEO of Civo. “Looking after employee welfare and mental health is no longer seen as a ‘nice-to-have’, but a fundamental aspect of a successful business model, and rightly so. 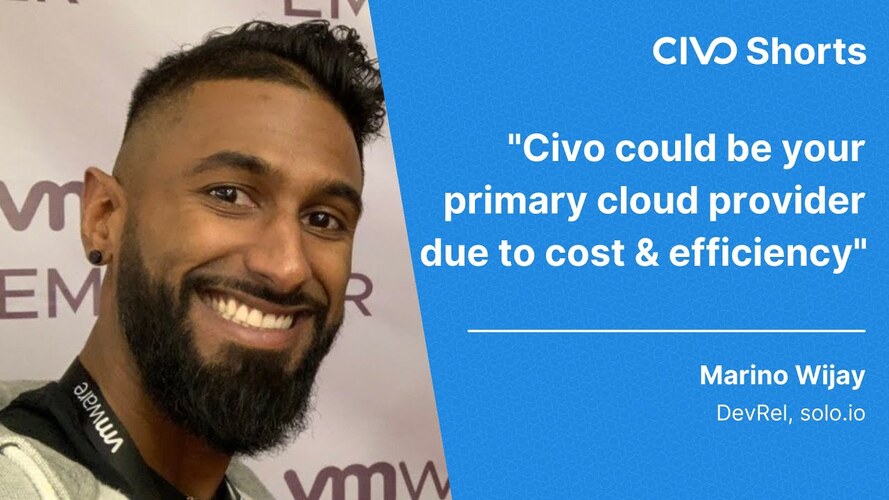 Watch here as Marino Wijay, developer relations and advocate at Solo.io, explains why Civo could be the only cloud provider you ever need. He touches on multiple factors such as speed, cost, simplicity and the ease of the marketplace applications.
By Marino Wijay

Kubeclarity
Kubeclarity is a tool for detection and management of software bill of materials (sbom) and vulnerabilities of container images and filesystems.
By Kubeclarity

Love these @CivoCloud stickers at #devopsdaysbrum! However as we do a four day week at Civo it should now be “We used to deploy on Fridays, now we don’t even work on them!” 🤣🤣🤣 #fourdayweek #worklifebalance pic.twitter.com/KhxOWQ5aJy

If you're new with Kubernetes, want a refresher, or are just not too comfortable with a topic, @CivoCloud has you covered.

The amazing team of Civo Academy has covered all about Kubernetes, including the pre-requisites and advanced concepts.

We want to hear from you!
Find us on Twitter @CivoCloud or reply to this email. Sign up to Civo to get the latest insights from our community and experience Kubernetes the Civo way!