Kubernetes vs Docker : A comprehensive comparison

If you’re new to the world of containers there are two words you would have certainly come across, but might not yet understand the difference between: Kubernetes and Docker. Although Kubernetes and Docker are somewhat different from each other, they also share some similarities. A container is a standard unit of software that packages the code along with the libraries and dependencies so that the application can run quickly, seamlessly and reliably from one environment to another. The process that helps a container in doing that is known as containerization. Kubernetes is a container orchestration platform, for containerization platforms like Docker. In this article, you will see how Kubernetes and Docker compare with each other and their advantages.

Docker is an open-source containerization platform that helps with the building, deploying, and managing of containers. With Docker, developers can package and run applications alongside the dependencies required to run them into loosely isolated environments called containers. Docker helps in the quicker delivery of your applications by isolating them from the infrastructure. Docker’s methodology of shipping, testing and deploying code quickly will help in the significant reduction of delay between writing codes and running it in production.

Docker Engine is the runtime that allows a developer to build and run Docker containers. You can create such a container by defining it in a Dockerfile. A Dockerfile is a file in which you define everything that you need to run the image, including the OS network specifications and file locations.

Docker also comes with tools such as Docker Compose and Docker Swarm. Docker Compose is a tool you can use to define and run multi-container Docker applications. Docker Swarm is a container orchestration tool that allows a user to manage different containers deployed across multiple host machines.

Let's take a look at some of the benefits of using Docker:

Kubernetes, also known as K8s, is an open-source platform that helps in container orchestration. It is portable, extensible, and helps manage containerized workloads and services. It also facilitates declarative configuration and automation. This means that the user can specify the amount of desired instances or resources required for his application and Kubernetes will check the current state of the application and will automatically upgrade or delete the resources to get it to the desired state. Again Kubernetes has a rapidly growing ecosystem. 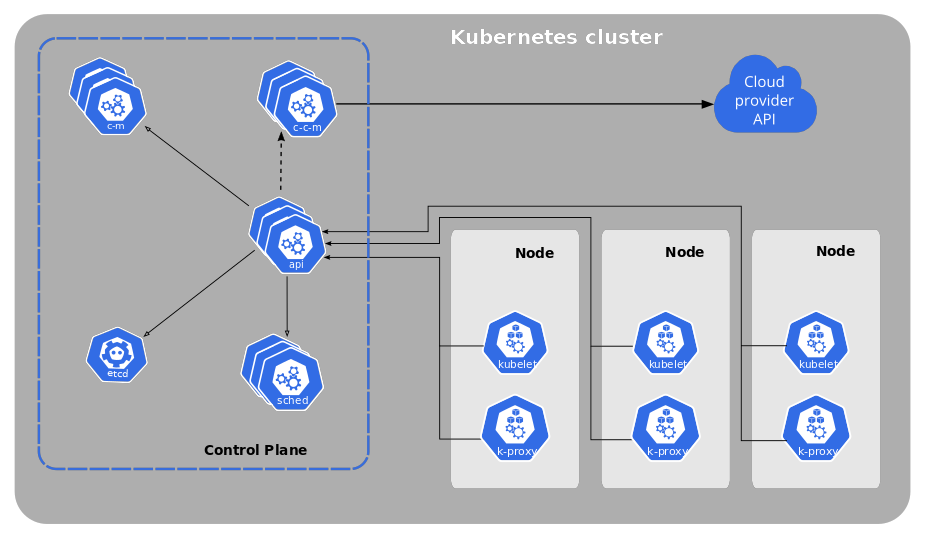 Let's take a look at the several benefits that you can get from using Kubernetes.

What are the differences between Kubernetes and Docker?

Can you use Docker without Kubernetes?

When producing and managing container images and putting the containers into operations at a runtime level, the answer is yes. For example, with Docker, you can build container images and organise them in a registry. You can run containers and communicate with them, and also, you can put the containers together in a multi-container application using Docker Compose. So, you can see that Docker doesn't need Kubernetes because it can do most things independently. But Kubernetes can deploy the Docker containers automatically across IT environments to ensure high availability. Also, alongside running containers, it can provide self-healing with automatic rollouts and rollbacks.

Can you use Kubernetes without Docker?

What are the similarities between Kubernetes and Docker?

Whilst Kubernetes and Docker are very much two different systems, Kubernetes do share some similarities with Docker Swarm, which is the container orchestration tool for Docker.

Is Kubernetes better when used alongside Docker?

Learn more about Kubernetes from Civo Academy and get to know more about Civo Kubernetes. Civo provides blazing fast production ready Kubernetes and you can spin up a cluster in less than 90 seconds.