Getting Started with JAMStack on Civo - The Stack site

This is part 2 of our JAMstack series. Make sure you've read part 1 so you can follow along!

Now that a Gitpod development environment is in place, let's set up the groundwork for the M part in JAMstack - a markdown oriented static site. This site will host all our user-accessible static content and our dynamic front-end pieces as they are implemented.

We will be utilizing Hugo for our static site generation. Therefore, a large part of this tutorial will be based on Alejandro's excellent article on deploying a Hugo site, but leveraging the Gitpod environment for development and deployment.

First, ensure your Gitpod environment is set up and has access to Civo:

Edit your .gitpod.yml configuration, and change the image link to match below. (the rest of the file was set up in the first article)

Save and commit all your changes. Then relaunch Gitpod for your repository. The first time you open will take a while (several minutes)! Once the new container is built, the launch time should be drastically reduced. Once up, let's verify we have Hugo installed. Run this from the terminal in your Gitpod instance

If that returns a version number, we are good.

Let's use Hugo to set up an initial site:

A new jamstackapp directory will be created in your repo, with the standard layout for a Hugo site. We will use the PaperMod theme to get started, but most others should work.

Update jamstacksite/config.yml to match the following:

Now let's make sure we have a functional site. Run the following commands in the Gitpod terminal:

Once Hugo begins serving, Gitpod will detect the newly open port and give you a chance to preview the site.

Click the "Open Browser", and a new window should appear with the website as it is now: 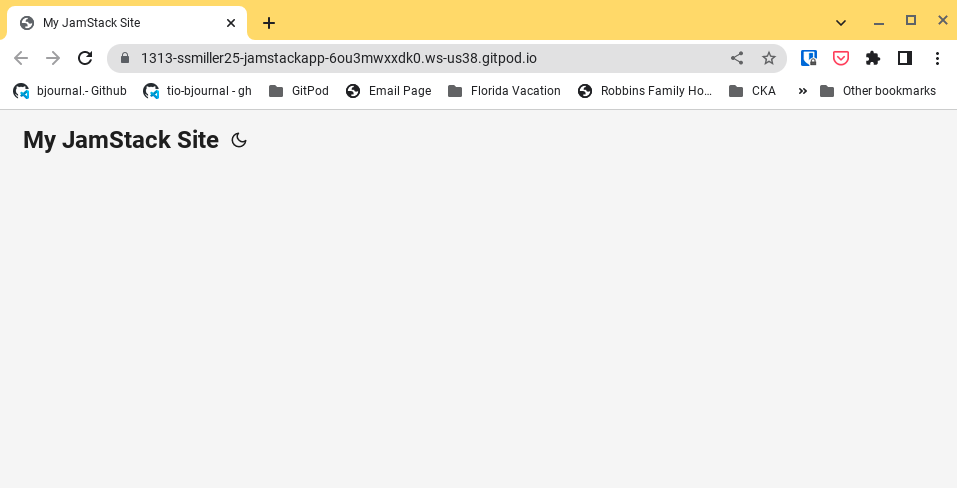 Press Ctrl + C to exit the Hugo session when finished.

If everything looks good, let's tell Hugo to build the site:

Ok, now let's leverage Gitpod to push a docker container to Civo. In production, you would usually embed this into a pipeline as described in Alejandro's article, but we'll leave this as a manual deployment as we are developing our new app. First, let's create a new Civo cluster. From the Gitpod command interface:

Create a Dockerfile in the root of your repository:

Create a k8s.yaml to deploy the site. Make sure to change the ssmiller25 to your username

How? Let's build and push our docker container. Make sure to substitute ssmiller25 with your Dockerhub username:

Now let's check out the site. First, find out the public IP of your cluster by running civo k3s show jamstacksite and look for the "DNS A record". Go to that address, and you should see the site you previewed on your Gitpod environment!

We now have a static site hosted on Civo: The M In our JAMStack. With this basis, we can begin exploring implementing more dynamic content leveraging Javascript and APIs - both externally and internally. 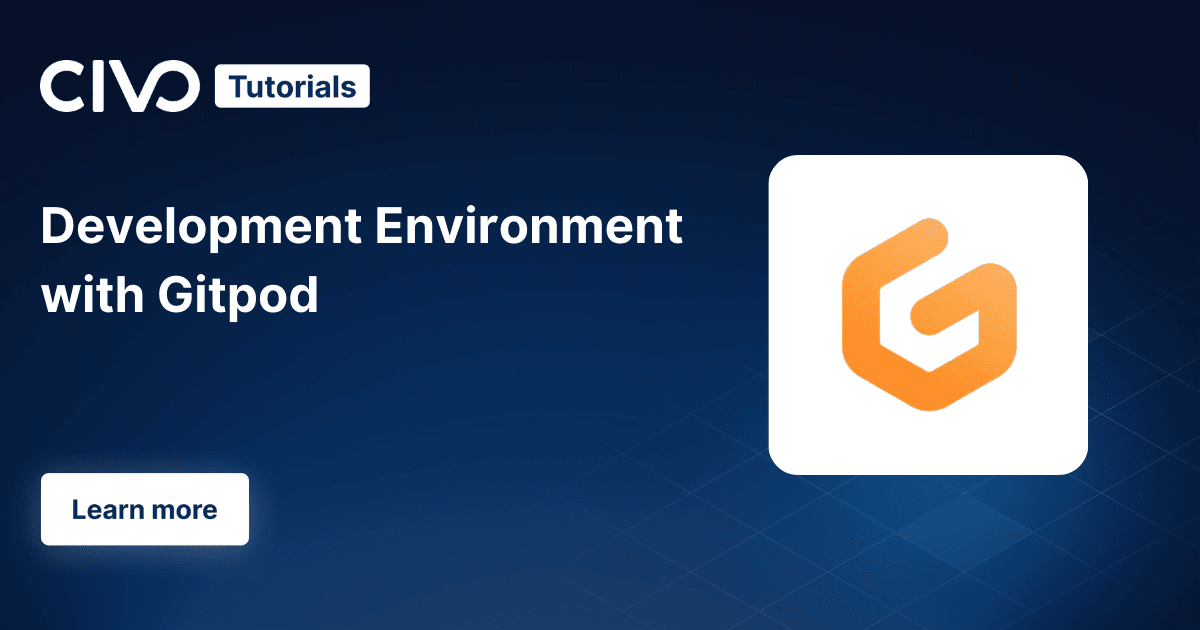