Let's say you want to scale your cluster, whether as part of a script to add mode nodes based on demand, or to quickly bring the node count down. This can be done on a node pool basis. It's easy to do so from the command line in a single command. It takes the name of the cluster (or the ID), the pool ID, and --nodes which is the new number of nodes in the pool:

By looking into the cluster status, we can see this change immediately starts building a new node, as we increased the count:

Within seconds, your new node will also be active.

You can also use the dashboard to scale your nodes up or down, according to your needs with just a few simple clicks.

Select the total number of nodes that you want to have. Here you can also see an estimate of the cost applicable. Click on "Scale pool": 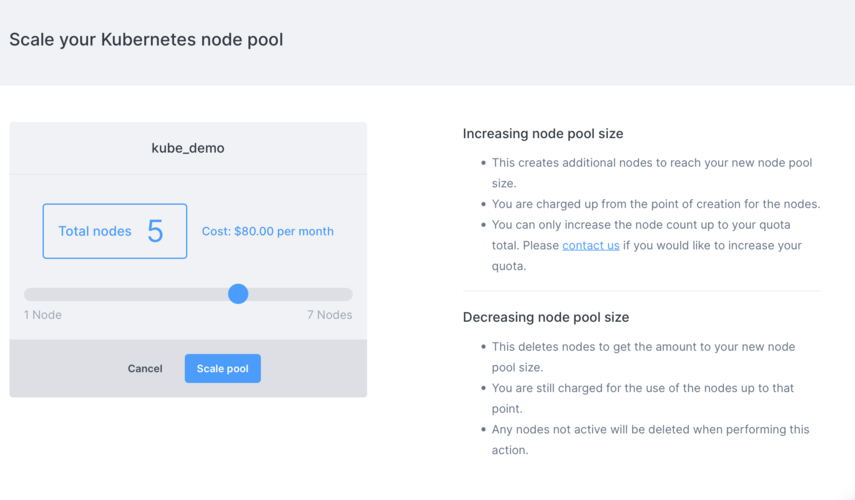 You are done! You can remove individual nodes from the dashboard, and delete the pool as well.

If you need to rebuild nodes for whatever reason, such as a node you can use the recycle method. This takes as arguments your cluster and the specific node you wish to recycle. Recycling a node will delete it entirely, rebuild a new node to match it, and attach that to your cluster.

If you were to take a look at your cluster, you would see something like the following, showing the new node being built (excerpted from civo kubernetes show kube_demo):

Note: When a node is recycled, it is fully deleted. The recycle command does not drain a node, it simply deletes it before building a new node and attaching it to a cluster. It is intended for scenarios where the node itself develops an issue and must be replaced with a new one.

Remember, there is contextual help for all commands that you can access by running civo kubernetes help [COMMAND] at any time. 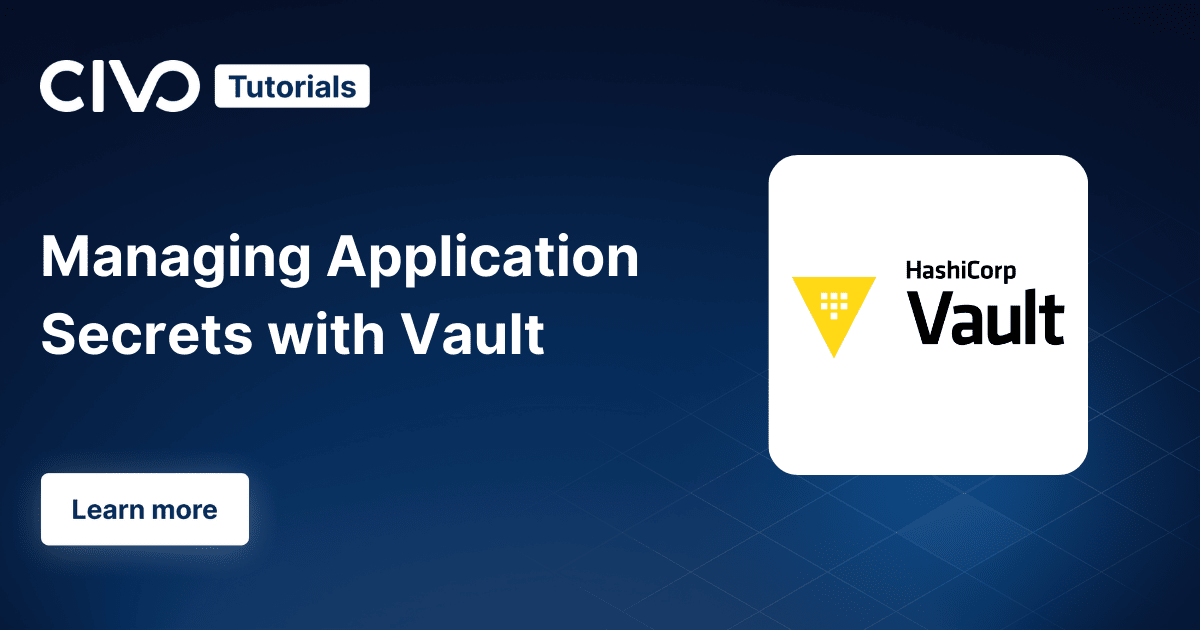 Learn how to use Hashicorp Vault and Kubernetes to securely manage app secrets. Follow step-by-step instructions to install, configure, and deploy with Vault secrets.

Installing and using HAProxy as ingress in Civo Kubernetes

HAProxy can be deployed as your ingress controller in a Kubernetes cluster. I wrote a Civo Marketplace app to do just that, and this guide shows you how to use it. 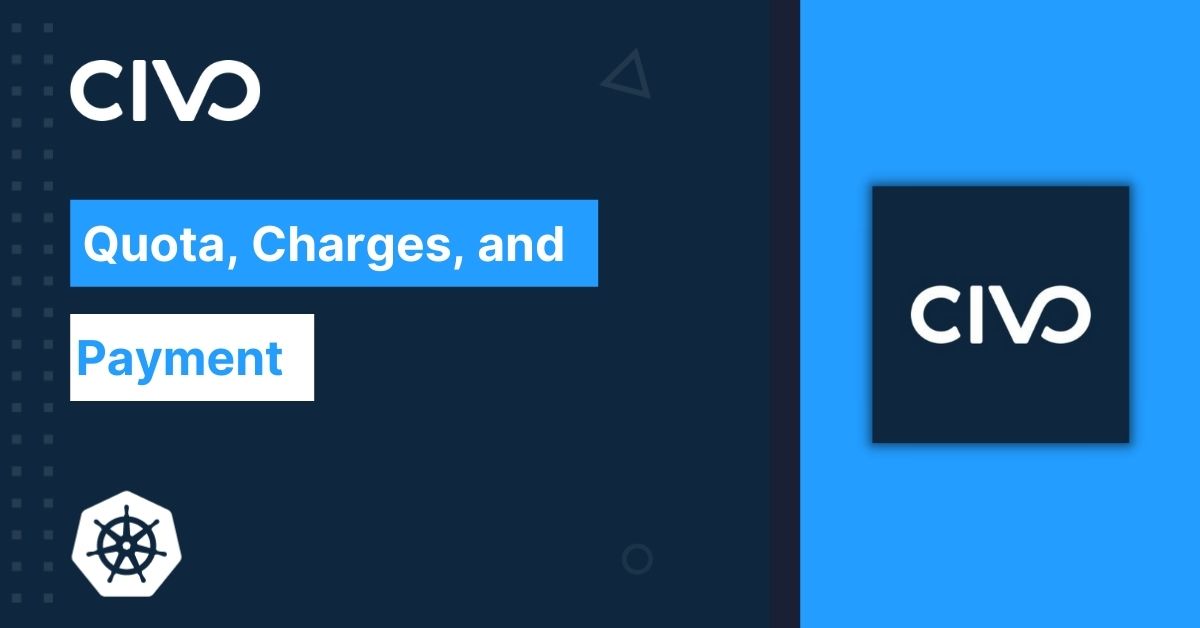 There are limits applied to all accounts: some have free allocations and credits applied to them, some are settled by credit or debit card - we'll explain what our process is for all of these.