We love seeing our users taking the time to suggest and vote on new features, and we try to work on them in as close to priority order as possible. Today we've launched a biggie! We’ve added the number one suggested feature, from Richard T, which was:

I'd like to be able to connect to my instances using an HTML/Flash type console via Civo.com rather than over SSH (for if a firewall is misconfigured or sshd is broken).

We knew that OpenStack had a built-in console for accessing instances. However, in our opinion it looks really horrible from a design point of view. We wanted to make it look like a neat and native part of our site. Unfortunately, there are many hurdles stopping us from doing that. We've tried a few different solutions, but always came up against problems...

So, we thought of our users and wondered - "would they prefer it perfect and much later - or working and now?" and we decided that it's better to launch it now and later keep trying to find a way to make it look better (I know in the meantime it will continue to irritate us that it doesn't look like a natural part of our site, so we won't forget it).

To use the console, you'll find there is a new button either from the instance listing page:

Or a similar button from the instance view page:

Clicking either of these buttons will open a new window to OpenStack's console server using a unique token generated for that session. The window will let you type into the console, but there's no copy/paste facility (which can make typing in long secure passwords a bit of a pain!). Also sometimes you'll get a black box, this just means the console for your instance has gone to sleep, press a few keys and it should wake up (personally I tend to smack Enter a few times to bring it to life). 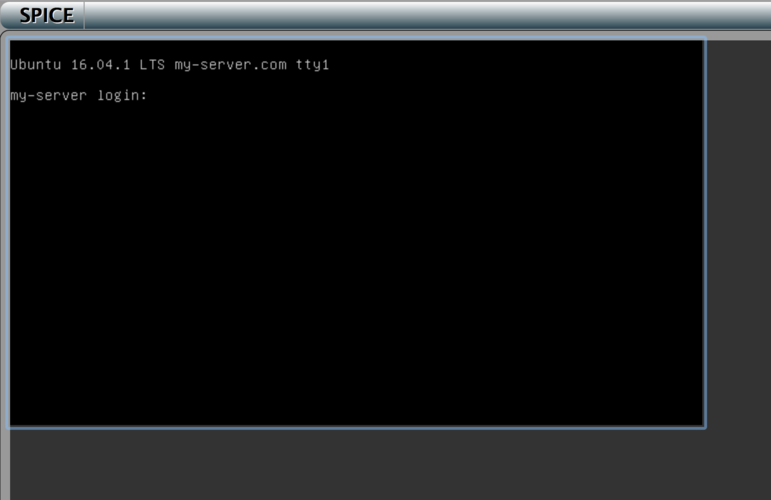 So, it's not how we wanted to launch it, but for now it will let those of you that manage to lock yourself out of your SSH access back in to your instances again.